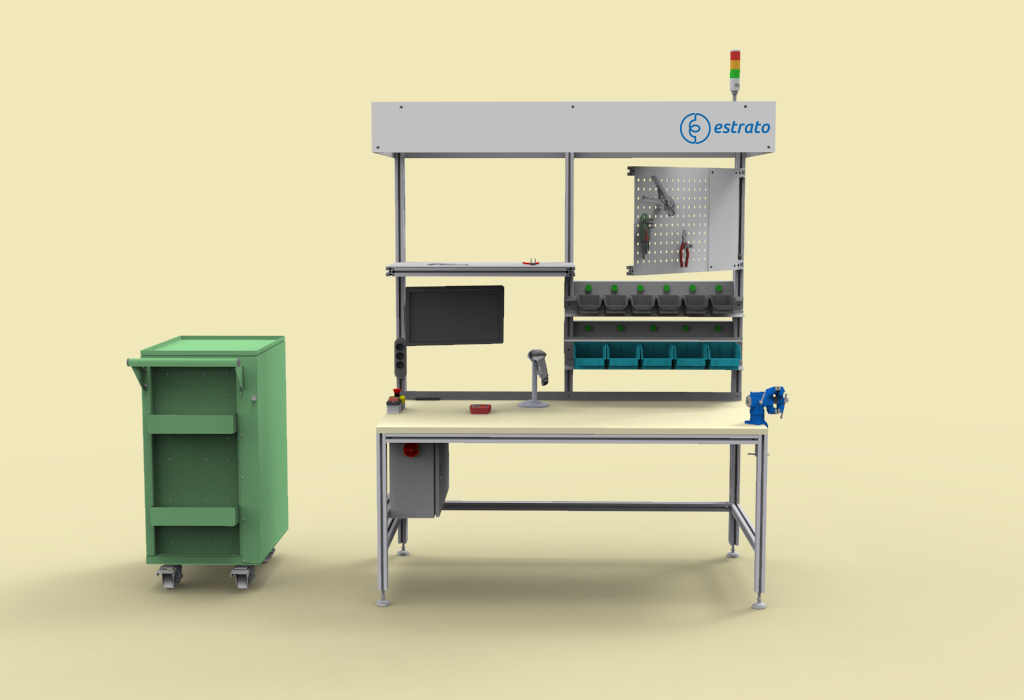 The software system of the assembly workstation performs statistics and analytics on the process and the failures. The assembly process can be started or stopped automatically from the user interface. The following assembly processes can be performed:

The installation process is controlled by operation control software, which meets the following requirements via a graphical interface: